Synopsis
In the Blue, the world’s last city, all is not well.

Julia is stuck within its walls. She serves the nobility from a distance until she meets Lucas, a boy who believes in fairytales that Julia’s world can’t accommodate. The Blue is her prison, not her castle, and she’d escape into the trees if she didn’t know that contamination and death awaited humanity outside.But not everyone in the Blue is human, and not everyone can be contained.Beyond the city’s boundaries, in the wild forests of the Red, Cameron has precious little humanity left to lose. As he searches for a lost queen, he finds an enemy rising that he thought long dead. An enemy that the humans have forgotten how to fight.One way or another, the walls of the Blue are coming down. The only question is what side you’ll be on when they do.

Now I’m going to be honest I struggled wth this book. I didn’t realise there was a series before it and that I think was the reason I struggled. Events were mentioned from the previous books and at points it became frustrating as I didn’t fully know what it meant. Having said that I did enjoy the writing of this book and I may go and read the previous series and then reread this one.

This book follows two POVs. Julia is a server who ends up becoming an attendant to a noble. The nobels are the vampires who rule in The Blue where she lives and the attendants are chosen to “donate” blood to them. While most people wish to be chosen Julia does not but Lucas, her nobel is not like the others.
Cameron is searching outside the safety of the walls of the Blue in the Red. He is searching for a lost friend and queen. Along the way he discovers something worse but also he meets Felix.

I did enjoy the story overall but as I’ve mentioned some thing’s do get lost along the way if you’ve not read the previous series. I enjoyed Cameron and Felix’s relationship and the tense slow burn of it. I found that I didn’t enjoy Julia and Lucas so much, not entirely sure why but I found I enjoyed the Cameron chapters a lot more.

Fans of vampires will enjoy this but I do recommend reading the Solis Invicti series first as the events of that are mentioned in this. As I said I did enjoy Josie’s writing and I will be revisiting the series after I’ve read the first series. 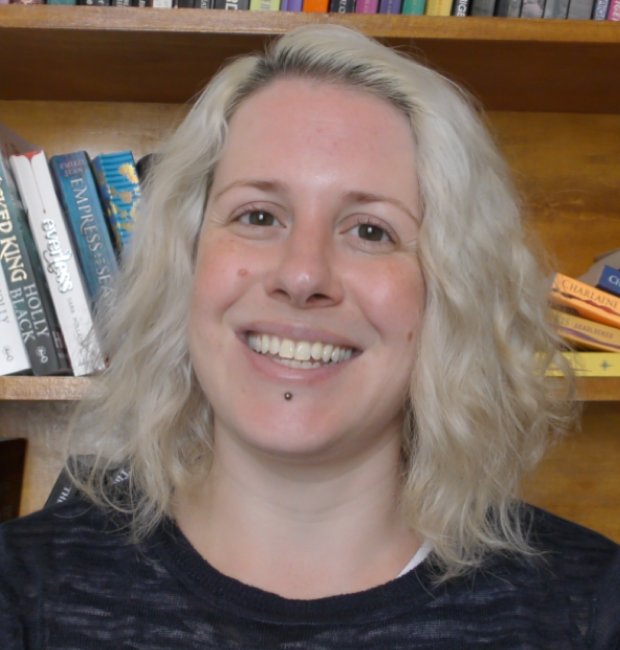 I live in Oxford, UK, with my husband and two cats (Sparky and Gussie), who graciously permit human cohabitation in return for regular feeding and cuddles. The resulting cat fluff makes it difficult for me to wear black, which is largely why I gave up being a goth. Although the cats are definitely worth it, I still miss my old wardrobe.